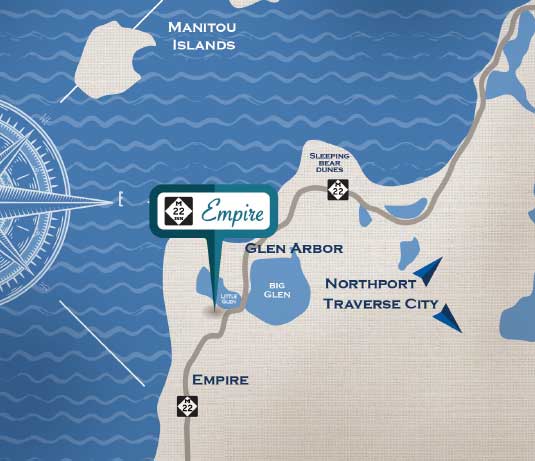 The Maple Lane Resort, has left it’s mark on the hearts of many owners over the years.

Here is a brief history of the families and caretakers who have made the Inn what it is today.

At the turn of the 20th century the Main Victorian house was built by George Dorsey (son of Glen Arbor founder). In 1954 the Dorsey’s son-in-law, Charles Hodge, built a five room hotel on the estate. The next 5 rooms were added ad hoc, as the story goes. A friend of the young Mr. Hodge owned Grand Traverse Concrete Company in Traverse City. He would often visit him at the special property overlooking the Sleeping Bear Dunes. On his frequent trips to Empire his pal would bring concrete blocks that were leftover from the yard. After enough blocks had been accumulated 5 additional rooms were built on the lower level. But Mr. Hodge wasn’t the only industrious frugalite in the household. Charles’ wife was quite famous for her chicken pot pies, which she would sell to guests and each spring she carried on the tradition of boiling down maple syrup on their 80 acres which contained more than 3,500 maple trees!

Eventually the resort transferred from Charles to son Jerry and his wife Bea Hodge who continued the tradition of making it a special place for guests to stay. They began construction of a garage with an upstairs apartment. What is known as the maintenance room today was originally constructed to be an ice house and the upstairs of the main house was converted to a simple apartment.

In 1985 the Hodges sold the resort to Laura and Kent Smith who made many of the changes you see today. From 1985 to 1987 a second story was added to the main hotel (only this time they had to pay for the materials), the garage was turned into guest quarters now known as the Lower Carriage House and the upstairs was renamed the Upper Carriage House. The apartment in the main house was split into the three elegant guest rooms.

Earlier this month Maple Lane Resort was purchased by my wife Theresa and me. Along with owning a few other small hotels in Leelanau County we have opened a new restaurant 10 minutes away in Maple City called Broomstack Kitchen & Taphouse which has an Olympic-sized, indoor, year-round Curling Facility. We are the first to offer the sport of Curling in this setting to the general public in the country! Immediate improvements in each of the 20 motel rooms will include new carpet, paint, at least one new bed as well as updated furniture and art with more to follow. Updates to the carriage houses and main house are also in the works. 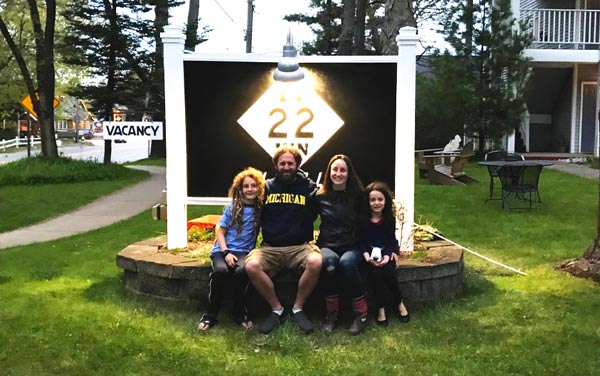 We are excited to add our chapter to this special property’s legacy, and are committed to honoring the roots of Maple Lane Resort, and to making your stay as enjoyable as ever.